Borne out of Arts and Health in 2009, the Express Your Voice Choir met weekly, September through June for over six years. Almost 200 older adults from various cultural backgrounds, speaking many different languages and from all walks of life, raised their voices in this project. Under the direction of vocalist and composer DB Boyko, the choir performed their original collaborative work for the VOICE OVER mind Festival, The Memory Festival, Music on Main’s Modulus Festival, Tiny Talent Biltmore Cabaret, Sound of Dragon Festival and, of course, at the Arts and Health Project Gala every year.

Many choir members had no previous musical experience, but as they worked together, they came to understand the importance of sharing life stories as a way to build community through the power and connectivity of music. The group explored their bodies as vessels for sound production. They came to know their creative capacities – articulating their personal stories with nuance to become universal ideas in poetry and song. They became opinionated about their work and confident in their ideas. Unabashed about expressing their voices in song and laughter, they learned to whisper and they learned to roar.

Express Your Voice culminated in 2015 with the production of a CD of their work made in collaboration with Vancouver’s Now Orchestra and a concert/CD Launch in June 2015. You can listen to this today on the headset available in the exhibit. The concert and recording were made possible thru support from BC Arts Council, Canada Council, Roundhouse Community Centre Association, Western Front New Music and NOW Society.

If you are interested in participating in seniors arts programming at Roundhouse Community Centre, please contact Kaleb Corbin.

"I have talked to many participants over the years and I know that this workshop improves their mental health. It makes them happier; it brings socialization in to their lives."

"Participants are gaining an enormous amount of confidence within themselves through this workshop and gaining confidence can only benefit your health."

"Someone recommended the program to me but I said well I can’t go because I can’t sing but they said don’t worry about it, this isn't about singing…we learn about breathing and being aware of your body. So my friends persuaded me to come and I love it. In terms of health…my mother had COPD (chronic obstructive pulmonary disorder) and this is wonderful in terms of learning how to breathe properly …it’s just terrific because I can feel my whole body filling up with oxygen and it also relieves a lot of my muscle and joint pain."

"This class is very interactive and it involves not just singing. At one point I remember we were taking our blood pressure and comparing our blood pressure before and after our class. I find it affects my health greatly because I walk to this class from my house so it allows me to be active physically as well."

"I never sang in my life. I’m 86 so it’s rather late to start something like this. Maybe it will help me to last a little longer! At this stage of my life it’s very enjoyable to experience something new." 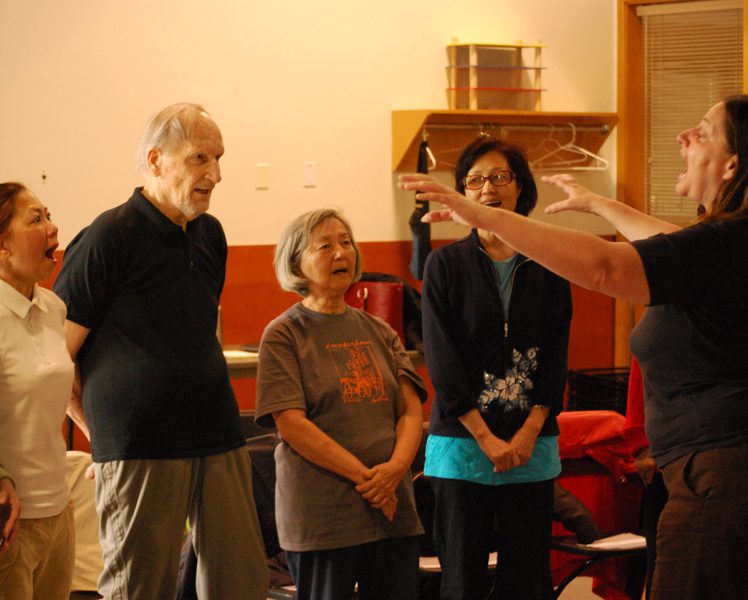 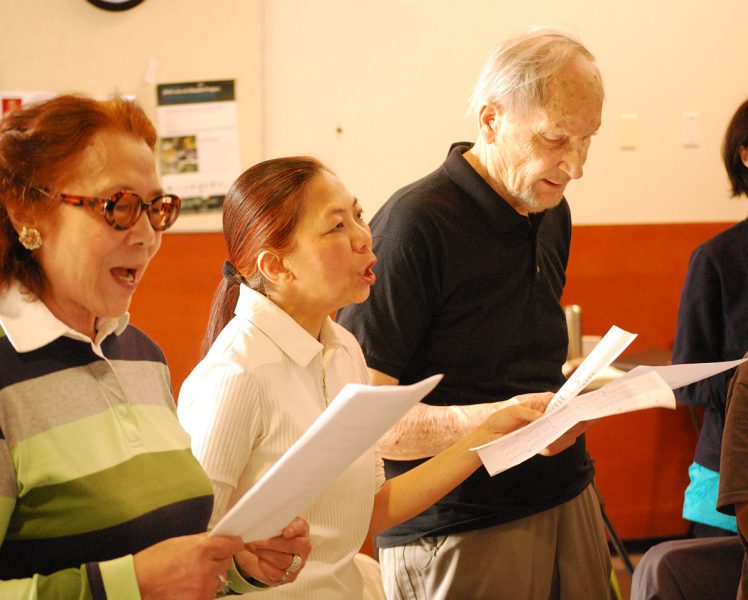