The Arts and Health Project is coordinated through the office of Arts, Culture & Engagement at the Vancouver Board of Parks and Recreation, with senior level direction and governance provided by the project’s Executive Task Force.

The Task Force is comprised of individuals with strong affiliations to the arts, recreation and health fields including Vancouver Board of Parks and Recreation and Vancouver Coastal Health. The British Columbia Recreation and Parks Association acts as the fiscal agent for the project. 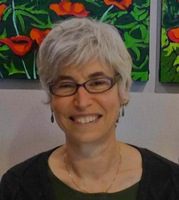 Lezlie Wagman retired from Vancouver Coastal Health’s Sharon Martin Community Health Fund (SMART Fund) in 2012. As Manager of the Fund since 2001 she supported the initial start-up and continuing funding of Arts & Health Project recognizing it as an innovative strategy to build creative art skills and community capacity with seniors. 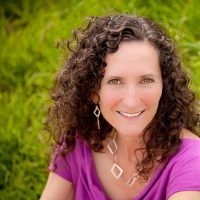 Currently a Population Health Policy Consultant, Claire has worked in Public Health for 16 years. She uses her Masters Degree in Community and Regional Planning to provide leadership within Vancouver Coastal Health, which is one of 6 Regional Health authorities in BC, in the areas of healthy communities and community food security. The Vancouver Coastal Health Population Health team uses partnerships, policy, leadership and advocacy to address the determinants of health and support the creation of healthy environments and healthy equity.

Claire has been an executive member of the Arts & Health Project since the project’s inception in 2006. 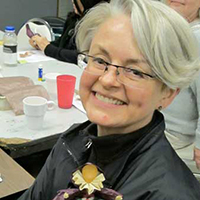 jil p. weaving recently retired from the Vancouver Board of Parks and Recreation as the Coordinator of Arts, Culture and Environment. She has a Bachelor of Fine Arts and an Interdisciplinary Master’s in the Humanities.

jil worked with the Canada Council for the Arts as a researcher during their pilot program supporting artists working with communities. She was also a member of the BC Arts Council Community Arts Advisory Committee during the creation of the provincial Arts Based Community Development Funding Program.

jil first started working with community engaged art practices in 1994 when she was selected as the Artist in Residence for the Mount Pleasant Community Centre and embarked on a project to explore and generate new understandings between members and groups in the multi-cultural neighbourhood through a project that utilized food as a metaphor for unity and diversity. Since then she has worked with numerous programs and projects for the Vancouver Park Board including the Artist in Residence Program, the “Arts, Health and Seniors Project” in conjunction with researchers at the University of British Columbia and the Vancouver Coastal Health Authority; and the Stanley Park Environmental Art Project in collaboration with the Stanley Park Ecology Society and the Community Arts Council of Vancouver. Weaving is currently on the Advisory for the Arts and Health Network – BC. 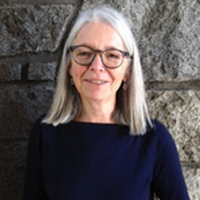 Margaret Naylor is an artist, arts educator, and arts administrator. She has taught at the University of British Columbia, Emily Carr University of Art & Design and the University College of the Fraser Valley, written an arts walking tour for kids and led workshops for children and teens. Margaret is a Programmer on the Vancouver Park Board Arts, Culture & Engagement team and was the coordinator of Arts and Health: Healthy Aging through the Arts for 5 years between 2010 & 2015. 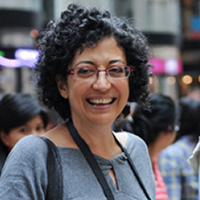 Marie Lopes is the Coordinator of Arts Culture and Engagement for the Vancouver Board of Parks and recreation. Marie is an arts educator and administrator who has worked for over 24 years in museums and arts organizations, creating exhibitions and projects fostering creative engagement and public discourse in the arts. She studied Art History at Wayne State University and was Curator of Education at art galleries in Windsor, Edmonton and Burnaby. In Vancouver since 1999, she has worked at ArtStarts and the Vancouver Art Gallery, as a Public Programs coordinator and Head of Public Programs, responsible for artists’ residencies, performances, conferences, classes, artist talks and cultural events.

Marie joined the Vancouver Park Board in 2009 and worked as an Arts Programmer at the Roundhouse Community Centre developing engaging arts projects connecting professional creative practice and everyday life. As an Arts Programmer she coordinated partnerships with arts organizations across disciplines who present their work at the Roundhouse and around the city in parks and community centres. 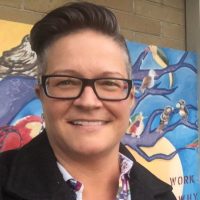 Donnie Rosa is the General Manager of Parks, Recreation and Culture at the City of Coquitlam. Donnie relocated from Ontario in 2016 where she held positions at the Cities of Brampton and Mississauga, delivering programs including the Canada 55+ Games, Leisure Access Program and the Special Needs Adult Program Services Ontario. Donnie currently sits on the Board of the BC Recreation and Parks Association.

Donnie has played and coached hockey at the provincial and national levels, leading the Brampton Thunder in the National Women’s Hockey League to two consecutive Clarkson Cups, and coaching 9 Olympians in that role. Donnie was the first Ontario Women’s Hockey Association player to receive a full athletic scholarship to a US University. She was captain of the Northeastern University’s undefeated championship team, was inducted into its Sports Hall of Fame, and was named first team All-American. Donnie went on to co-found the Shooting Stars Hockey School, and has coached many young players on to Canada’s National program.

Donnie has spent her career driving visionary change through innovation and the development of policy to remove barriers and create equity. She has assisted numerous community organizations to become self-sustaining, through participation on the Board of Directors or providing operational guidance.  Donnie is an advocate for youth, seniors and people with special needs, and brings this experience and passion to her community and her job at the Vancouver Park Board. 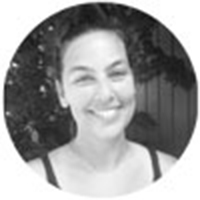 Caroline is a contemporary dance artist and has worked in Vancouver as a choreographer and multi-disciplinary creator since 2003. As a dance educator, facilitator, and organizer, Caroline has led community engaged arts projects in community centres, art galleries, parks, schools and neighbourhoods, and has worked as an arts educator at the Vancouver Art Gallery since 2009. From 2008-2013, Caroline also coordinated dance outreach projects with Made in BC – Dance on Tour, working with communities around the province.

Caroline draws on training in group facilitation, trauma informed practice and conflict resolution in her work. She holds an interdisciplinary Bachelor of Arts & Science degree from McMaster University in Ontario, and completed her professional dance training at MainDance. She has been Project Coordinator of Arts & Health since 2015.

"The Arts and Health Project at Britannia has benefited not only the A&H participants but the community at large."

"I have noticed that the seniors really benefit from this type of programming. Their health improves, new friendships form and their sense of community increases. Seniors need stimulation to age well."

"The project offers a safe and welcoming space for Seniors of diverse backgrounds to connect through movement and to express themselves individually as well as collaboratively as a group."

"I was fortunate enough to grow up with all of my grandparents and as a result have a profound respect and admiration for the elders in our world. I feel truly honoured to be able to be a part of the Tsleil-Waututh Nation Community and to do the work I am able to do here."

"The Strathcona group is unique in Arts and Health because all of the participants speak either Cantonese or Mandarin with little or no English. Translating is essential. Watching the seniors overcome their everyday barriers, no matter if it’s transportation or medical conditions, seeing them joyfully engage in the Arts and Health project is one of my biggest satisfaction!"

"My experience working with community members, many of them Seniors, to secure housing, income, and access to health care as an outreach worker in the past helped me with this work with the objective to connect Seniors to each other and their neighbourhood through this continuing and enhanced program. The Downtown east-side community is home to seniors with very diverse backgrounds and this project brings them together." 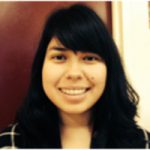 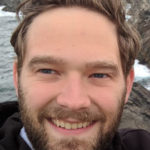 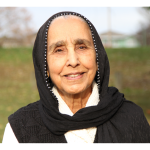