Thursdays at Britannia Todd shares his weaving practice with a group of Elders and seniors learning to make cedar hats. “Everything we need to know about weaving, we learn from the spider,” Todd says. “You start with 4 warps or strands (the spider’s legs) and weave in a weft strand or weaver, and form the Haida cross, and then weave around the legs of the spider, as a spider would when spinning its own web. Around and around.” 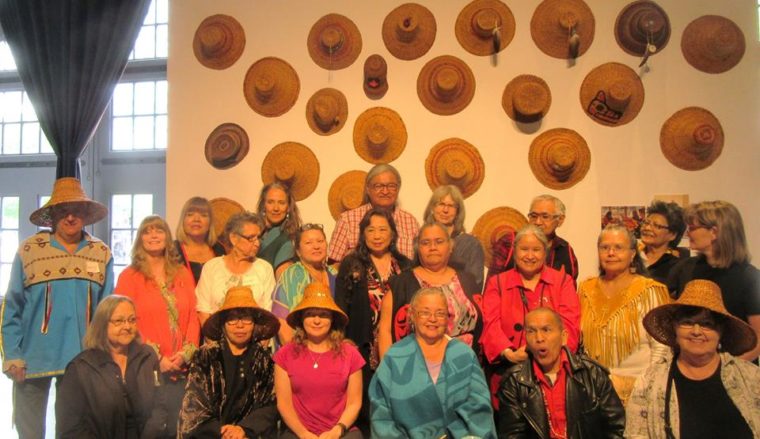 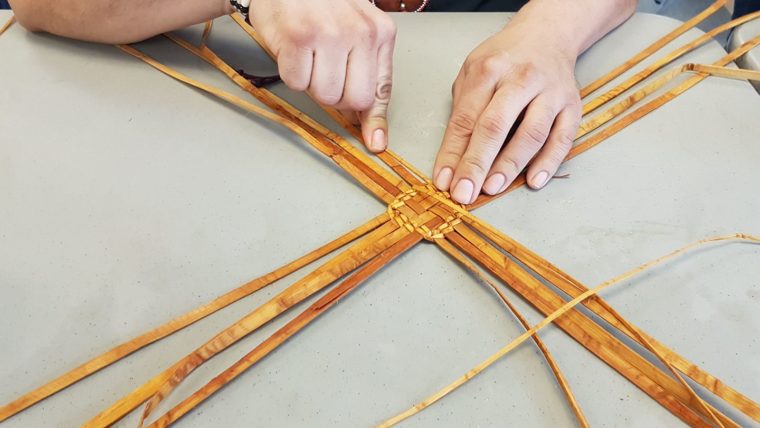 “We learned that West Coast design is about symmetry and we need a steady hand to create our work.”

"Doing Aboriginal practices each week helps the Elders with their creative processes."

The First Nations Elders Arts Mentorship group met weekly from  2014-2016 under the guidance of lead artist Master Carver and cultural leader Mike Dangeli and in partnership with the Vancouver Aboriginal Friendship Centre. The focus of the group in 2014 and 2015 was on making leather aprons and vests, and participants brought their regalia to life in moving testimony at the 2014 and 2015 Showcases. In 2016, they made and painted hand drums.

In his practice, Mike not only honours what is considered traditional but also encourages artists to explore and expand their creative boundaries through experimentation and creative choices.

The group was made up of Elders from many different First Nations, so an important part of their process involved learning the different cultural protocols present in the group, sharing with one another, and building strength in community. Some members had well-established arts practices, but all learned from each other as they developed and expanded their skills.

Elders were encouraged to bring in regalia and art to share with the group, and Mike brought in regalia and his own projects. First Nations regalia has history attached to it, and when the regalia is shared, so are these histories. The art thus becomes a strong foundation for healing. The journey of these First Nation Elders was about art and empowerment. It was also about language revitalization, since before it was called art, it was a written form of language. 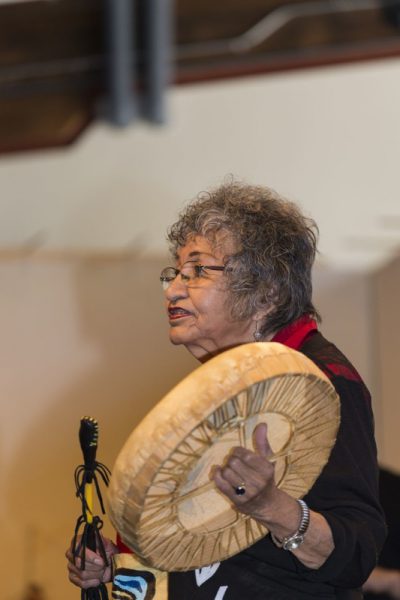